The Buteyko method was developed in the 1950s by the Ukrainian physician Konstantin Buteyko. He discovered the importance of healthy breathing and found a way to restore a disturbed breathing pattern. Healthy breathing starts with breathing in and out through the nose, day and night. At the same time, breathing should be light, regular and effortless by mainly using the diaphragm. 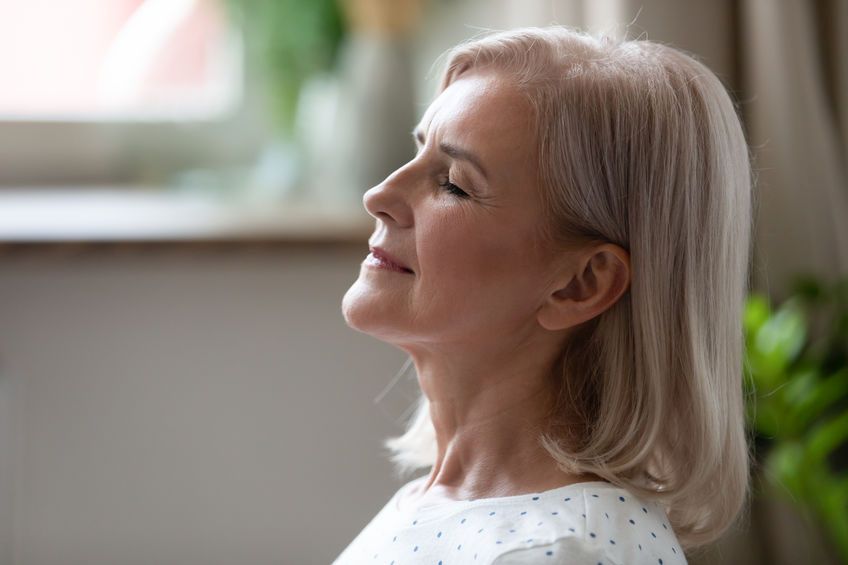 Difficult breathing can often be recognized by breathing in the upper chest and or through the mouth. This can in turn cause complaints such as feeling unable to breathe properly or not getting enough air, being short of breath quickly, or having to yawn or sigh regularly.

The aim of Buteyko

The purpose of the Buteyko method is to restore nasal breathing and normal functional breathing patterns. The core of the Buteyko method is doing breathing exercises. During these exercises you breathe a little less air which makes you get a light feeling of air hunger. This feeling only means that carbon dioxide (CO2) has increased in the blood, what the exercise is intended for. By doing the exercises for a while, you get used to this and the concentration of carbon dioxide will increase. Because of this airways open up, circulation improves and body cells get more oxygen.

Buteyko fits into a healthy lifestyle

Healthy breathing is important because it is connected to the whole body. Breathing is largely an autonomous process, but is also affected by the stress of daily life, what we eat and drink, sitting and nog havind enough exercise, talking a lot and other personal and environmental characteristics. It is therefore possible that you will also make other changes to breathe calm and relaxed again.

When you breathe too deep

Buteyko’s message can best be described with “Breathe light, not deep”. Something you rarely hear from yoga or Pilates teachers or other coaches. Usually breathing techniques are used that stimulate you to breathe ‘deeply’ and makes you breathe too much air. Maybe you’ve already noticed that it made you light-headed or dizzy. The teacher or coach often explains this as “you suddenly get a lot of oxygen and you are not used to that”, but that explanation is incorrect. The deep breathing causes precisely that dizziness.

When you breathe more air than is appropriate given the physical exercise, the blood vessels will constrict and red blood cells will less easily release oxygen to the cells. In this way the brain cells get less oxygen and that’s what makes you dizzy. So to get the blood vessels open again, you have to do the opposite: lighten your breathing, with less air flowing in and out of the lungs.

How well do you breathe? Test yourself

Buteyko has developed a simple test to see how much air you are used to breathing. It’s called the Control Pause. (For children up to 13 to 14 years of age, we use a different method; please contact us.)

You can easily measure the Control Pause at home. This is how it goes:

If you breathe as calmly as you did before the test, then you tested well. But if you tend to inhale more deeply after releasing your nose, then you’ve gone on too long. Wait a minute and take the test again.

Meaning of the Control Pause

Do you have any health problems?

You are welcome to contact us for a free consultation.